I have authored this blog for over three years now, and I would like to thank my readers and persons who have intelligently commented on various posts.  However, after reaching a new chapter in my life (marriage,) I have decided to cease updating this blog and move onto another.  When I have created that blog, I will come back and update this post with its new address.

I will keep this blog active and published so that the blog posts will still be available for view.

Best regards, and happy reading!
Posted by Jack at 8:09 AM No comments:

I have told this specific caller the above line at least twice today now, and I informed her I would call her back after 5 p.m.  However, I have eight missed calls thus far.  Now this is not a work person, not a friend, not an acquaintance, and doesn't have anything to do with the wedding.  She is calling because I am giving away something.  I told her yes, you are the person getting it.  No, I cannot meet you until after work for pick up.

But now I am getting frustrated with a total of ten phone calls in 2-1/2 hours!
Posted by Jack at 10:36 AM No comments:

Now that we no longer have Comcast, I can thoroughly complain about them.

Since moving to our new farm, we have dish television.  Therefore, I canceled our Comcast service. I was told to bring my equipment into a Comcast service center, and they would take care of it all.

I walked into the service center with my equipment. There were two associates there.  One was assisting another customer (who was rudely talking on his cell phone while the associate attempted to help him.)  The other associate's and my experience went something like this:

ASSOCIATE: "Yeah?"
ME: "Hello.  I canceled my account with Comcast, and I need to return my equipment."
ASSOCIATE: [cocks his head to the side and looks at the equipment, grabs a scanner, scans, and sits down at his computer where he proceeds to click-clack on keys for the next four and a half minutes...without saying a word to me.] "Where's your other box at?"
ME: "What other box?"
ASSOCIATE: "On this here account, it says you got another box."
ME: "No, we ordered two boxes.   Two boxes were activated.  We used two boxes, and now I'm returning two boxes."
ASSOCIATE: "Well this here says you got another one.  Sign this." [Produces a piece of paper indicating what I turned in.]
ME: [Reading over what I'm signing.]
ASSOCIATE: (obviously impatient) [Points to signature line] "Sign, here."
ME: "Yes, I know.  I wanted to read what exactly I was signing." [Sign my name]
ASSOCIATE: [takes item, tears off my copy] "You need to call this number here to have them fix that box thing."
ME: "All right."
[We both stand there looking at each other.]
ME: "So, is that all?"
ASSOCIATE: "Yeah" [turns around and walks away]

Woo hoo, Comcast!  You sure do know how to make someone feel special, don't you?
Posted by Jack at 2:01 PM No comments:

The preliminary plans initially called for an LST 280 feet in length, but in January 1942, the Bureau of Ships discarded these drawings in favor of specifications for a ship 290 feet long.  Within a month, final marking plans were developed that further stretched the overall length to 328 feet and called for a 50-foot beam and minimum draft to three feet nine and a half inches.

The LST could carry a 2100-ton load of tanks and vehicles.  The larger dimensions also permitted the designers to increase the width of the bow door opening and ramp from 12-14 feet and thus accommodate most Allied vehicles.  The keel of the first LST was laid down on 10 June 1942 at Newport News, Virginia.  The need for an LST was urgent, and the program enjoyed a high priority throughout the war.

In some instances, heavy industry plants such as steel fabrication yards were converted for LST construction.  This posed the problem of getting the completed ships from the inland building yards to deep water.  The chief obstacles were bridges.  The Navy successfully undertook the modification of bridges, and through a "Ferry Command" of Navy crews, transported the newly-constructed ships to coastal ports for fitting out.

Out of the 1,051 LSTs built during World War II, 670 were constructed by five major inland builders.  By 1943, the construction time for an LST had been reduced to four months!

From their combat debut in Solomon in June 1943 until the end of hostilities in August 1945, the LST performed a vital service in World War II.  Throughout the war, LSTs demonstrated a remarkable capacity to absorb punishment and survive.  The LSTs suffered few losses in proportion to their number and the scope of their operations.  Although the LST was considered a valuable target by the enemy, only twenty-six were lost due to enemy action.

During World War II, LST-615 was assigned to the Asiatic-Pacific theatre and participated in the Leyte Landing in October 1944 and the assault and occupation of Okinawa Gunto in April 1945.  Following the war, LST-615 performed occupation duty in the Far East until mid-November 1945. She was decommissioned on 14 March 1946 and struck from the Navy list on 12 April that same year.

On 07 April 1948, the ship was sold to Kaiser Company, Inc., Vancouver, Washington, and subsequently scrapped. 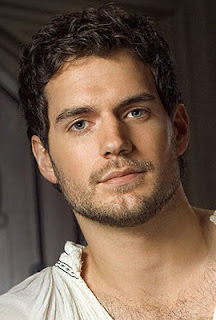 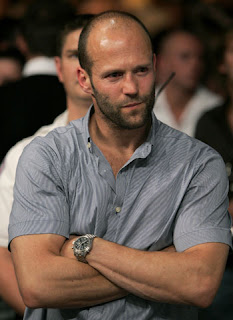 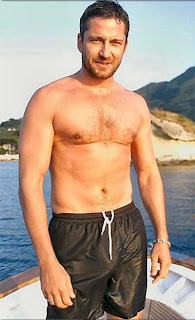 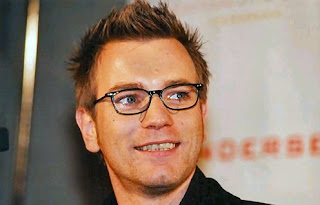 My inspirational quote for the rest of the year...

"Some of them were naysayers and didn't think I could do it. But, the majority of them said they saw it in my eyes ...I was going to do it and they were watching to see my progress."
Posted by Jack at 1:03 PM No comments:

Warning: Adult Content.
I have never seen such hypocrisy as that surrounding politics and religion.

I realize that I am stating the obvious, but it wasn't until recently that I was thoroughly blasted with it.  For all intensive purposes, I am renaming the individuals in this story: "Bill" and "Mary" are the married couple.  "Lucifer" is the "other man."  Yes, this is real.

"Bill" and "Mary" were perfect for each other.  They shared the same goals, morals, and religious beliefs (among other things.)  "Bill" and "Mary" were married a few years ago, and it seemed like the perfect marriage.  "Bill" and "Mary" decided to pursue a sexual lifestyle out of the norm.  I have nothing against swinging couples.  I know many of them.  (For a brief rundown, "Bill" and "Mary" never followed the "full swap" mentality of just what it sounds like.) So that was that..."Bill" and "Mary" were...open, but they did have rules and set standards, etc. for it all.  What makes this even more humorous is "Mary" was raised in a very strict, religious upbringing.  "Mary" studied religions at her university.  "Mary" received an upper-level degree in theology and religious studies.  "Mary's" sole goal was to become a Minister.  Already, I'm seeing some hypocrisy.  I'm pretty sure there aren't any passages in The Bible (the religious beliefs they followed) that condone "swinging" or an alternative lifestyle.

We hadn't heard from "Bill" in awhile until we received a note from him just signed as "Bill" and not "Bill and Mary."  We contacted "Bill" and weren't expecting to hear such a tale: "Mary" and he were getting a divorce.  They had been having issues, went through counseling, and nothing was working.  The straw that broke the camel's back is when "Mary" ran into someone from her past and began an extramarital sexual relationship with "Lucifer."  Now, the way that "Bill" and "Mary's" lifestyle was, this was absolutely NOT part of their "rules" for their lifestyle.  This was nothing more than infidelity.  "Bill" was devastated.  They are now legally separated.

The kicker is "Bill and Mary" were invited to our wedding.  "Bill" said he was coming, and he said "Mary" wanted to come, too, but she wanted to bring her new boyfriend, "Lucifer."  (They had received the invitation right when they decided on the divorce/info came out.  What?  This isn't Jerry Springer, folks.

Thanks to social networking, my fiancé "proved his real friendship" (joke) by "friending" "Bill" online.  While he was looking through "Bill's" picture, he sees a photo take a few months ago.  "Mary" in full Minister attire.  She had become an ordained Minister.

This is not my first run-in with hypocrites and religion.  When I was in college, this seemingly nice young man and I chit chatted for YEARS.  He was "single."  He would say things like, "I wish you could have come with me to my high school reunion!" etc. and when I saw a photo of some girl kissing him on the cheek, I laughed and said, "High School sweetheart?"  (He and I weren't dating, what did I care?) He laughed and said, "yeah -she's a good friend of mine from back home."  He made statements like, "one day, I hope to get married, have kids, and live the ideal American dream."

Six years later, I found him on a social networking site, and it said "Married" and showed photos of three smiling children.  I sent him a message and said, "hey! Congrats on the marriage and the new family!" The response I received was, "LOL - what are you talking about? I've been married for ten years.  They are mine and my wife's kids."  Sure enough, he had been lying the entire time.  I don't know what made me more angry - the fact he was trying to pick me up or the fact that he had lied about the woman in the reunion picture (his wife) and that he "hoped to have kids someday," but was already a father!  A quick message later he said, "sorry about that - my wife was standing nearby.  I had been cheating..." yadda yadda yadda.  Guy was a youth minister and radio host for a Christian radio program.